Roots of the willow

The problem was as complex and exasperating as they come for a home owner.

Each spring, especially the wet ones, our basement “took in moisture.”


Fortunately my father had a solution:

He would plant weeping willows in the back yard, by the fence line – five to be exact. That would solve the problem. 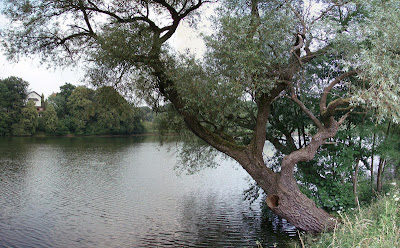 Never a student of botany (to be honest, I’m not sure how his theories took root), my father's faith in the weeping willow was to him as clear a fact as there ever was or would be in the world:

At the dinner table, on his way out the door to work, or to anyone who would listen, he would tout the divine powers of this miracle tree and its prodigious powers to suck wet earth dry and underground rivers barren.

I was a grade schooler at the time, so I had no reason to question his selection of tree, or doubt his declarations of its moisture wicking properties … but it certainly laid the seeds for future doubts. 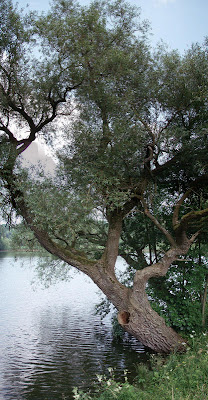 The flooding in the basement never abated, but – as my father would tell it – that was only because “the trees need to grow bigger before you see the full effect.”

As proof he would point to the middle willow, which sprouted taller and fuller than the rest: “That’s because its roots tapped into a main channel of the underground river,” he would explain.

Years later, when confronted with mounting evidence of omnipresent spring moisture, he held firmly to his original vision of botanological victory:

“Just think how worse it would be if I hadn’t planted those trees.”


You see, my father was not a man whose mind could be changed easily … if at all, and in that regard his faith in the weeping willow never dimmed.

Instead, his awe in the underground stream only deepened and widened ... “wherever it is and however it flows.”


It was more powerful than the weeping willow.

In my Dad’s way of seeing things, that was one mighty river.
By Gohydrology at Friday, March 23, 2018

When trees were cut down in my Chicago neighborhood when I was very young,I'd express concern about what we now call habitat destruction and my dad would tell me not to worry, that the birds would all move out to the forest preserves on the city outskirts.
In retrospect, not reassuring...