Swampland has a reputation for consistently being soggy (like a sponge,)

but its the seasonal departures from that spongy condition that defines the Big Cypress Swamp. 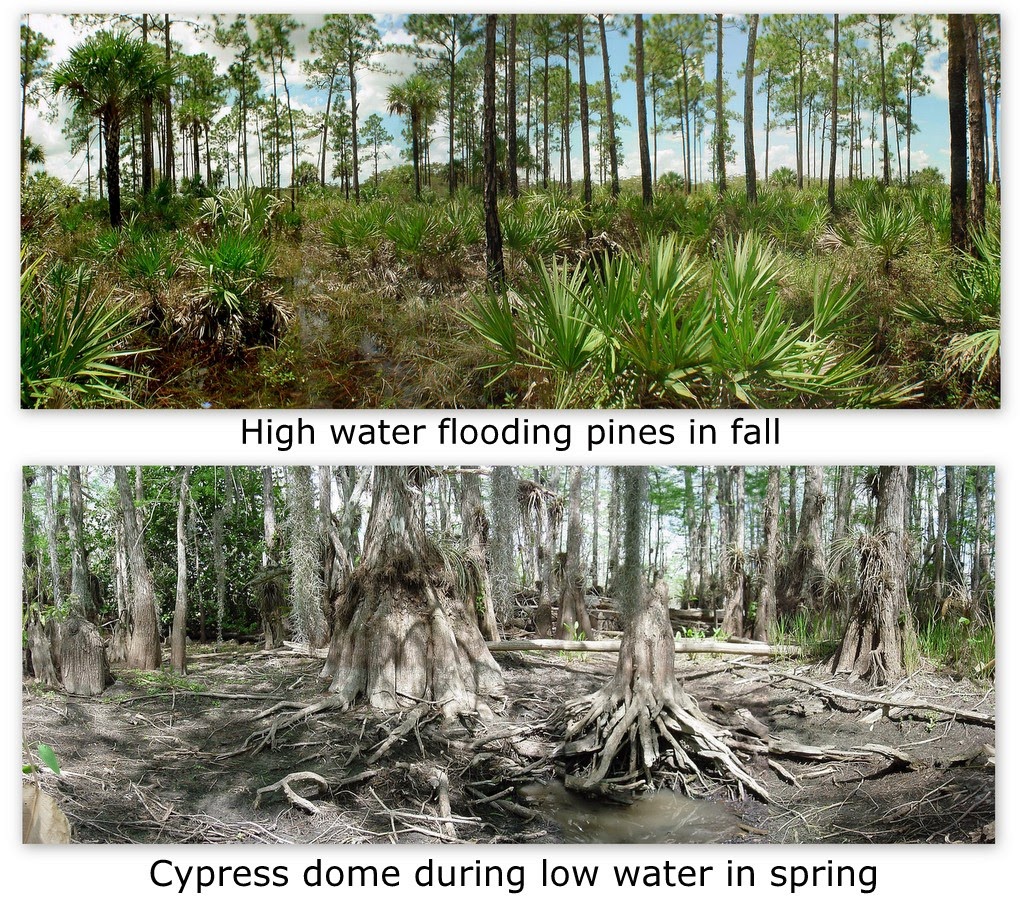 For example, during high water our swamp actually flows.

That's unusual in the annals of half-water-half-land terrain.  Usually wetlands are stagnant, or -- as in a riverine environment -- bystanders to faster moving water flowing by.  The Big Cypress Swamp actually flows -- albeit infinitesimally slowly -- throughout its entire extent during the peak water climax months of late summer and fall.


Then there is the example of low water.

We tend not to think of wetlands going dry (like a desert), but that's what the Big Cypress Swamp does.  Sometimes its desert state is caused by lack of rain, other times as an artifact of nearby drainage canals and levees, and usually the result of a combination of both.


A history of the swamps high and low range is provided above.