Here's a sign that's withstood the test of time:

Out in the open sun and fire scorched every couple of years, too. 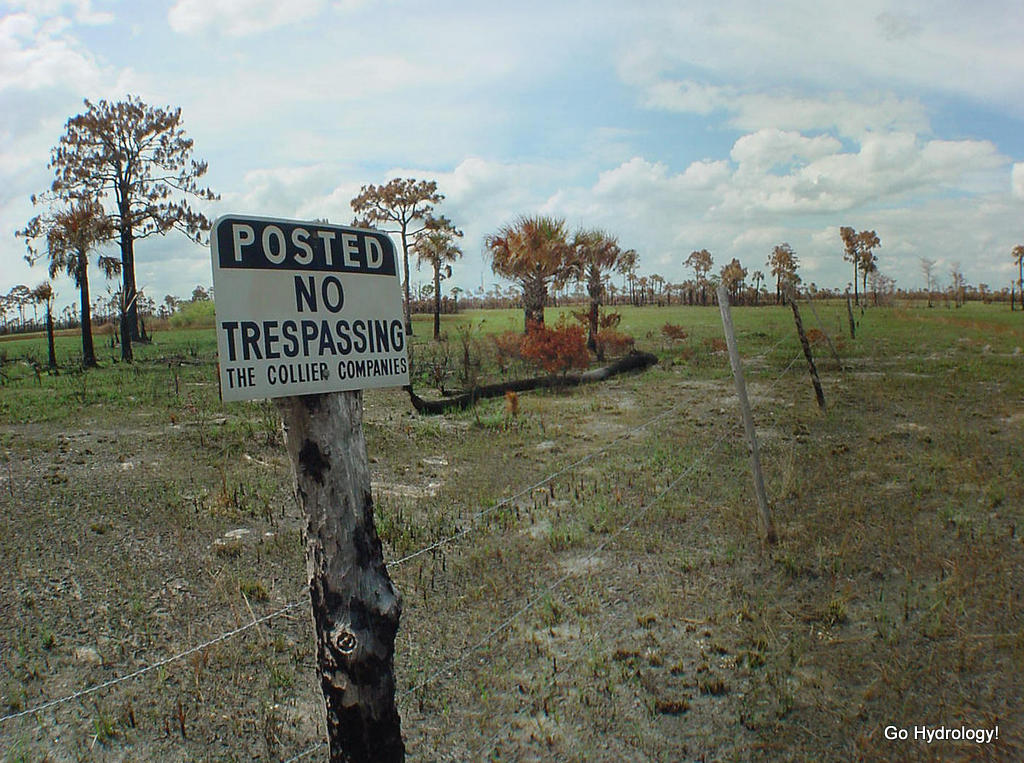 I would guess it's a good couple decades old.

Then again, it's around the approximate border of a piece of the swamp that parallels State Road 29 that was acquired by the National Park Service two decades after Big Cypress Nat'l Preserve's original designation in 1974. So maybe it's more modern than I at first thought.