May marks the beginning of a new water year in south Florida.

It’s the month when the skies open up for the start of a new wet season, but it’s also the month when we can typically expect to see our “low water” mark for the year. 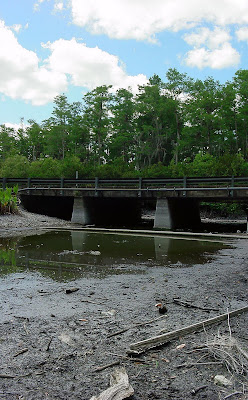 The meteorological transition between dry and wet seasons is like flipping a switch:

From one week to the next cloudless blue skies give way to giant cumulonimbus clouds rising across the horizon,

But landscape wise, the rise out of the dry season ashes is slower.

That makes late May and most of June our soaking in season.

As for the rest of the US, the water year is already long in the tooth – over a half year old – as it begins anew each year up on the continent in October.

It coincides with the continent’s late-summer and fall “low water” season, which is better known as “peak” leaf season on the piedmont plateau of northern Maryland where the photo shown below was taken.

Email ThisBlogThis!Share to TwitterShare to FacebookShare to Pinterest
Labels: Rain Or Shine Report

Happy New Water Year! It is rain report here for two days. Have a great day :).

This Is My Blog - fishing guy said...

Rob: I did notice that my In-laws in Tampa got a lot of rain yesterday. I do hope it is the start of a good season for you.

Love that rainy season. Enjoy when it gets in full swing. Think it will really be appreciated this year by man and creature alike.

Happy Water New Year down there! I wondered what all the bells and horns and paper hats were for...

Let's hope it doesn't get much lower!

Even trolls know that X amount of rain falling relatively gently over 3 hours is better than the same X amount coming down as a deluge in 30 minutes in terms of drought and filling the aquifer.

But do Hydrologists have a precise metric for that? A formula?


Last night's rain was the first this month in Troll County. Twas of the gentler type.

I hope some of the rain we got here in Tennessee made it down to you in Florida. Hopefully we'll have more to send in the next couple of days.

Bob, this spring here on the Cumberland Plateau is gorgeous... All of the rains we have had have brought lots of new growth and beauty. It's such a changed from the drought we had the past couple of springs.

Hope you get LOTS of rain soon.
Betsy

All I know is that it has rained 3 days in a row. A welcome relief from the fires.

Thanks for your comments.

It's true that it's always a bit of a premature call until the rains start to soaking in and the swamp filling up. We've had false starts in the past, or slow starts ... even after the clouds appear. Today we got a big shower at our house ... next on the list is the mosquitoes!